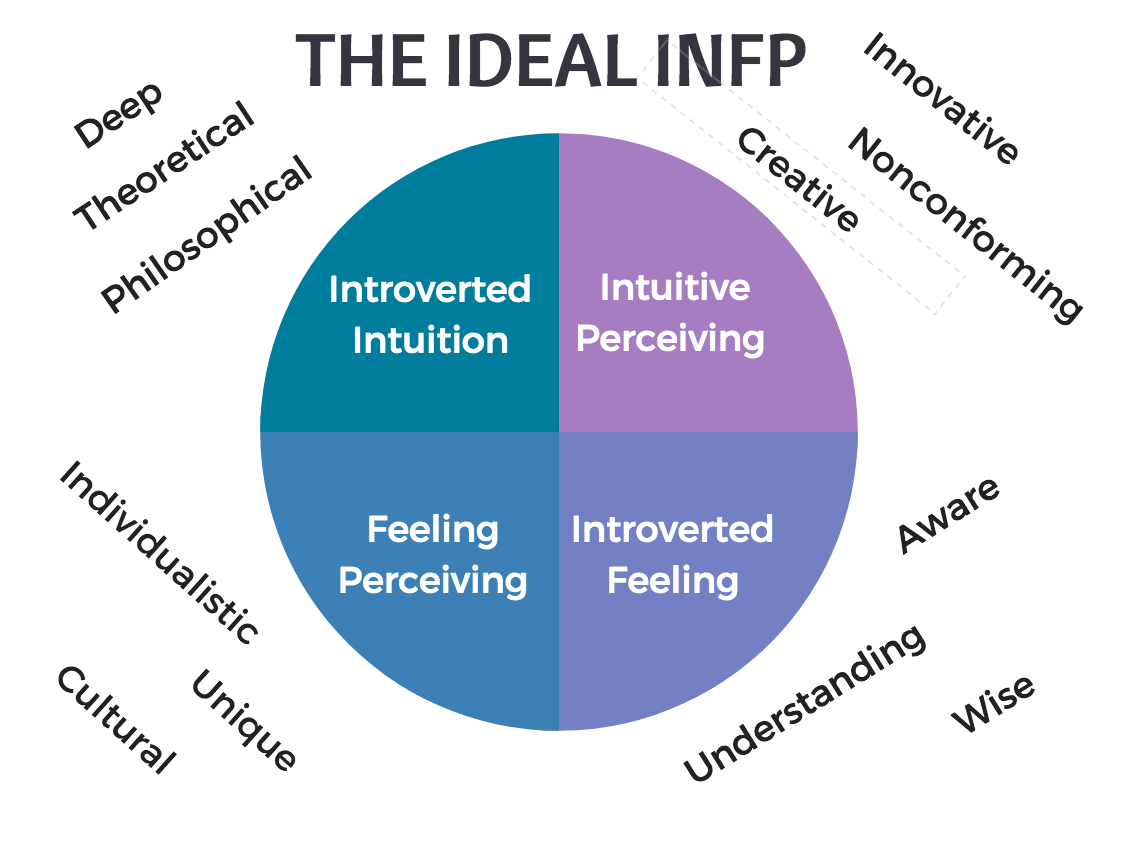 This is the basic sketch of the healthy, ideal INFP, in balance with all their four core functions. Able to express every aspect of themselves in a way that fits with their needs. But who is able to be like that all the time? 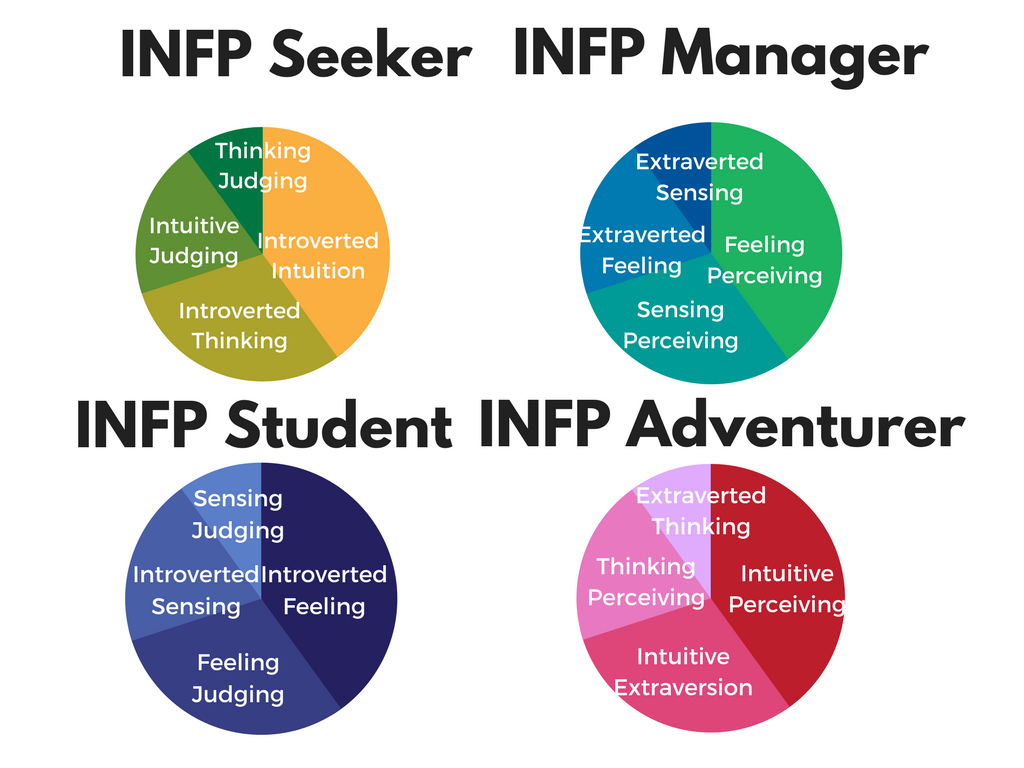 These are the four most typical, average ways for an INFP to develop. Keening in on one of their core needs and to some extent, neglecting their other core needs. Choosing to honour individuality rather than to express their philosophical side, or choosing to rebel, rather than to study and to understand the system. Each of these tend to bring up “unusual” functions for an INFP. They will use one of their inferior functions to modulate and balance themselves out and to preserve their identity.
The red, rebellious INFP may for example become overly obsessed with power and being strong, at the expense of neglecting their sensitive introverted feeling side. The green INFP on the other hand, may become obsessed with being seen, and may cause a scene if they feel like their individuality or personal ethics are disrespected.

The Role Of The Auxilary

The auxilary is in overdrive, it’s in a higher gear than it should be, and it’s something we tend to be reckless with, sloppy with, and that we push too hard on ourselves and other people. For example, the blue INFP may be overly concerned with being understood by other people.

The role of the tertiary

The tertiary is in anchor mode, it’s something that we are “lazy” with. For example, the yellow INFP may take too long trying to speculate on their future and what will happen on their adventure, using this tendency to reign themselves in and to keep themselves from exploring said adventure.

The role of the inferior

The inferior represents what we are fighting against and what we are working hard to prevent, or in this case a negative scenario, or a block, that has some degree of control of us. We’ve stopped fighting it and we’ve started letting it influence our behaviour. We try really hard to meet this functions demands and to live up to it’s expectations, at the expense of stress or anxiety.
I will be developing these personalised hierarchies for all the personality types in due time. Because of how big and complex Neojungian Typology is, this will be an effort to simplify and to show you information that is relevant to your personal situation. Enjoy!