Skip to content
Home | Articles | How To Be Less Sensitive

How To Be Less Sensitive 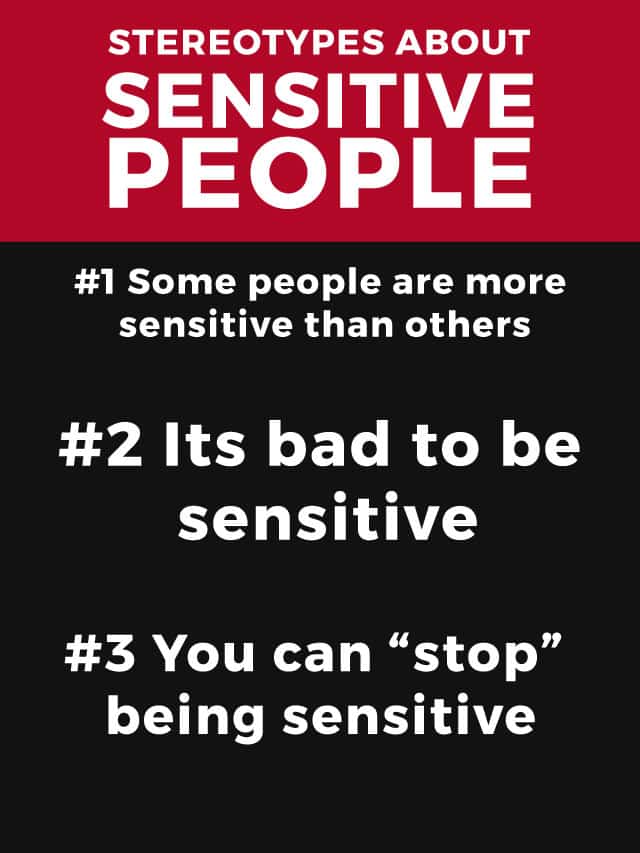 How To Be Less Emotional?

What does it mean to be sensitive?

I have not encountered a person that wasn’t sensitive to something. The thick skinned jock might just be just as insecure as anyone else. Still, when we talk about sensitive people, we tend to think more about emotional people who respond poorly to criticism. We are trained to think of people who are outwardly sensitive or vulnerable as weak. We also see people that hide their insecurities as more strong. You’re not weak for being able to process your emotions outwardly. It takes courage to be open about how you feel.

When Elaine Aron talks about highly sensitive people, she focuses on people who are more sensitive to environmental, sensory stimulation. This is just one form of sensitivity. Elaine herself has argued that there is a connection between being highly sensitive and being an Introverted iNtuitive. The Introverted iNtuitive ‘Philosopher’ is known to spend more time in their own intellectual world and imagination.

This type will often avoid the real world because they find it too loud or intense. Still, a large group of Introverted Feeling types also identify with the trait, because it also overlaps with emotional sensitivity. The Introverted Feeling ‘Counsellor’ dislikes conflict and pressure and prefers peace and harmony. In the MBTI, INFPs, INFJs, INTJs and to some extent INTPs identify as highly sensitive. Still, like I said earlier, this is just the most common form of sensitivity. Any type can be oversensitive at times, and we are all differently sensitive.

Why would you want to be less sensitive?

Many think of their sensitivity as a disability. Still, there is nothing wrong with being sensitive. Being sensitive means to experience something in higher definition. You can perceive emotions and situations more accurately. You will be less clumsy and more attuned to your environment. Being sensitive is no issue. The problem is being sensitive and stressed and tired. When your batteries are low, and your stress levels are high, you can become more anxious. You may start to worry more – or you may start to overreact to things that would normally not bother you.

Managing your sensitivity in combination with high stress or low batteries can be difficult. Firstly, you need to make sure that you get rest and breaks when possible. People that identify as more oversensitive also say that they struggle to get enough sleep on a daily basis. Stress can make you function worse. Secondly, you may overflood with sensory input or impressions that you need to process. If you don’t get time to process, these experiences may clutter your working memory. This may have a negative influence on your decision making and thought process. Thirdly, you may for example start to read in more negative information into a situation than you wo

Remember: You can’t stop being sensitive, but you can make sure that you take care of yourself and your energy levels. You can make changes in your lifestyle to become less stressed and to help yourself center. You can give yourself time to meditate and reflect on your situation.