Skip to content
Home | Articles | Stereotypes on introverts and extroverts

This is an excerpt from my book, The Next Steps For Neojungian Typology.

There has been a lot of research on introversion and extroversion. But surprisingly, very little of this research actually connects to the original definition of the term, coined by Jung. Why has introversion been so misunderstood and what is the misunderstanding exactly? 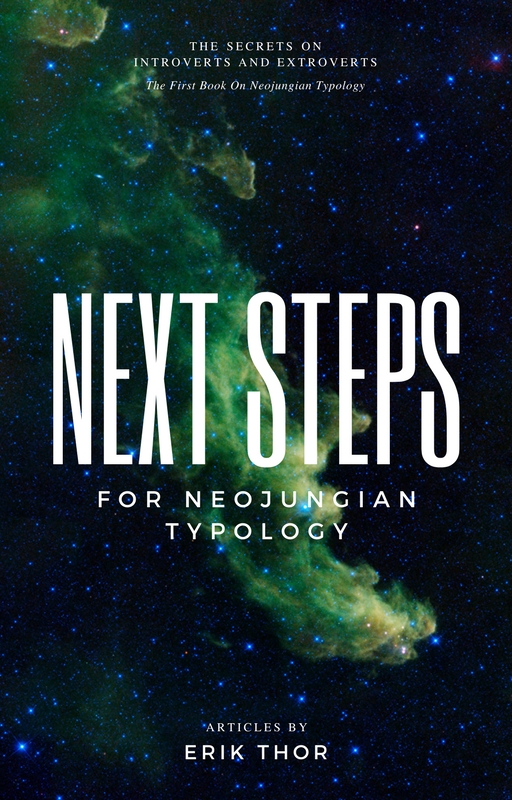 There are a few common trends for people that want to describe introversion and extroversion in psychology. Researcher Hans Eysenck said that introverts responded more strongly to stimuli, and that because of this, they often want to tune out of it to avoid overwhelm. Another professor, Jerome Kagan, has a similar hypothesis. Babies with stronger reactions are more likely to grow into more quiet and introverted individuals.

Elaine Aron, researcher on HSP, has a slightly different take. She is the one that has spent the longest time researching how responsive our senses are, and in her research of highly sensitive people, she have found that “high-responsive” individuals are not necessarily introverted at all, in fact, quite a notable minority are extroverts.

It’s hard to see how Kagans and Eysencks research actually connects to Jungs traditional definition. More likely, their research actually connects more to Elaine Arons research on HSP and to the concept of intuition. The overlap between people who identify as intuitive and sensitive is far higher than the overlap between people who identify as sensitive and introverted. Intuition, furthermore, is a process that requires a degree of privacy and quiet. When our senses are boosted to the max, we find it more difficult to imagine, envision, or speculate. We’ve got it all flipped around.

Perhaps Kagan and Eysenck tried to research introversion, but ended up researching intuition instead? They wouldn’t be the first professors to make that mistake. Think of the man who invented penicillin, Alexander Fleming. He was just analysing the bacteria cultures in old unwashed dishes, and there it was… right before his eyes. Antibiotics.

Still, to this day, sensitivity has become almost synonymous with introversion. But what is the option? The main who coined the term introvert, Carl Jung, argued that introversion was an inwardly directed energy. Jung was also the first to realise that there were more sensitive individuals, but he never spoke of introversion and sensitivity as if it was related. Most likely, he never thought it was.

The Real Definition Of Introversion

Still, I don’t think that interpretation is completely satisfying. We all tend to get more energetic at parties and in social occasions, and most of us find alone time and rest recharging. However, there is something else that can drive a person to focus their energy inwards rather than outwards. The need to balance and centre yourself. Our energy can be anxious, or it can be stable and balanced. Many speak of themselves as introverts because they’re not socially proactive. They get nervous when they’re supposed to hold presentations or speeches in front of others. This form of “social anxiety” is just one of many that can make us identify as introverted.

The same people that fear public speaking, are often more than comfortable carrying conversations with multiple people and being in large crowds. We don’t have to be socially proactive or outspoken to be extroverted. Truth is, introversion and extroversion is complicated. We are all “introverted” and “extroverted” in different ways. Often, people see extroversion as purely about people. But extroversion may as well manifest itself in work, a love of nature, or in a heightened curiosity. As long as it drives our energy more outwards, rather than inwards. And we would do best if we began separating the term proactive from extroversion. There are millions of proactive introverts out there. Plenty of us love public speaking, even if we spend more of our time inside our own minds.

In Neojungian Typology, Christian and I started off with developing introversion as an issue of attention. Bottom-up or Top-down attention. We suggested that there were low attention (introverted), medium attention (ambiverted) and high attention (extroverted) types. Top-down and bottom-up attention remains to this day one of the strongest links in neuroscience to introversion and extroversion. For a while, we also thought that introverts more likely engaged in daydreaming, but later on, we realised that was only one form of introversion.

There are introverts that are constantly daydreaming of princes and princesses, and there are the professors that spend their days locked in a room studying physics. And many of us have the ability to daydream while fully present. Isn’t the very act of roleplaying or dressing up in a costume a part of that?

We scratched that old hypothesis, and instead landed on research on cognitive and affective modes. We found that everyone had a cognitive, rational, nuanced mode, and that everyone also had an affective, emotional, reflex-based mode. For a while, this was our definition of introversion and extroversion, and it was only strengthened when we began to see the connections between neurotransmitters and how it drove more cautious or more exploratory behaviour. But I ended up making one more addition to this theory.

The issue of inwards or outwards energy then becomes a question of our mood and how we feel. What brings us balance, and what shakes us up? What do we do when shaken up, and what do we do when we are balanced? This is perhaps one of the most important questions to psychology. How can we help anxious, negative, and critical individuals? How can we help people find balance when they are restless? What makes different people anxious, and what makes different people more balanced?

If we learn that we are introverted or extroverted, we can also learn about how we can become more balanced and calm. We can learn about how to reduce anxiety and how to manage anxiety in a healthy way. We can realise that we are not doomed to being purely introverted or extroverted, but that we can engage in both activities as we choose. And this is just one part of how personality psychology can help us in the pursuit of personal growth.