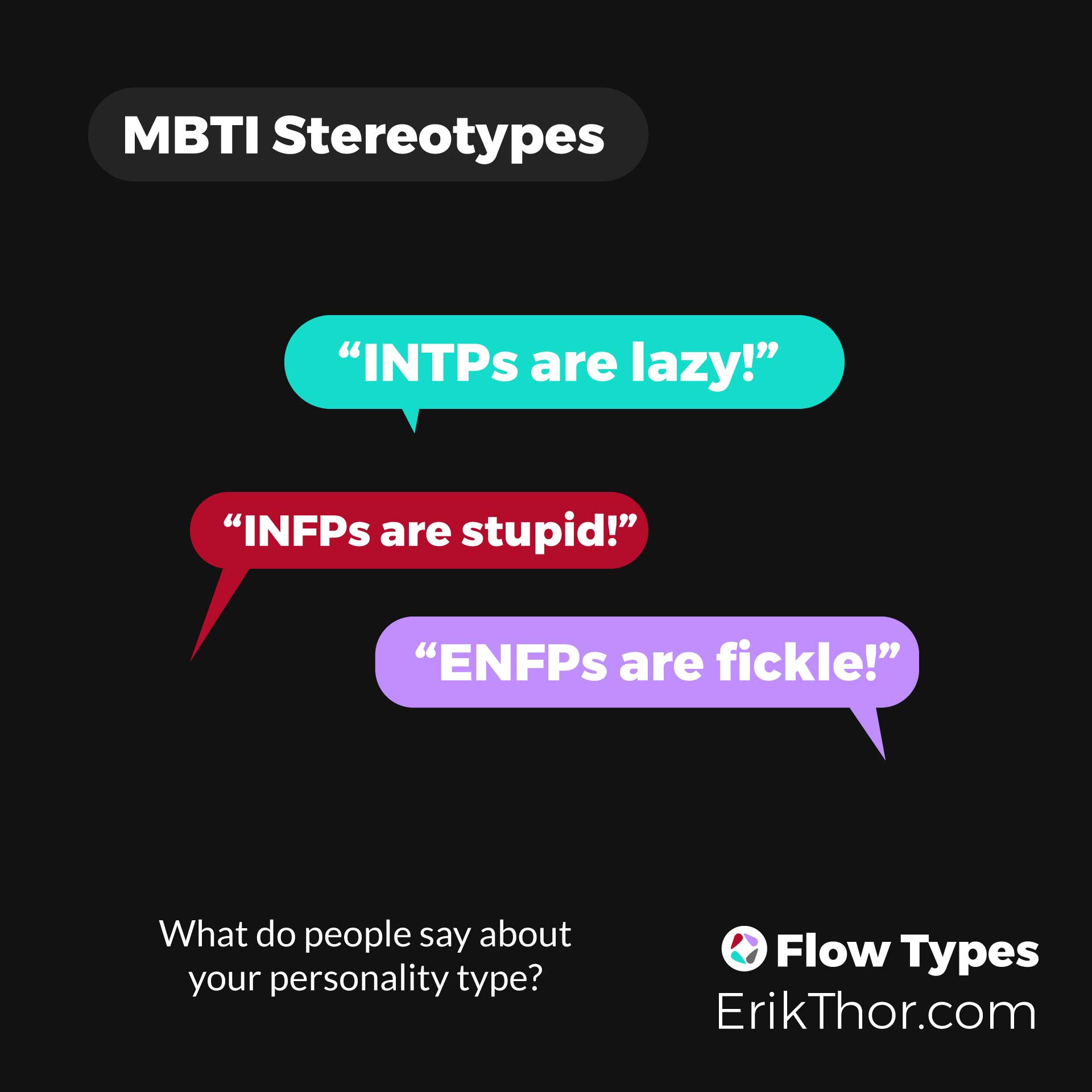 People tend to say ENFPs are fickle dream-chasers. They also claim INFPs are useless artists. But aret he stereotypes really true? The problem with the stereotypes are that they present limiting ideas about each personality type, trying to cram one type into one caricature. Stereotypes are loud and simple and so they're easy to remember. The truth however, tends to be more complex, and easy to forget.

ENFPs are hard-working and industrious types that put a lot of energy and effort into realising their dreams and ideas. They have an entrepreneurs mindset and can independently work towards putting together a project or making something happen. It's hard to stop an ENFP who has decided on something. As an ENFP, you are a force of nature. I know ENFPs can struggle with indecisiveness at times. It can be hard to decide which opportunity is next. To that, my advice is just follow the current. What is the next big thing you can do tomorrow? Where does your intellectual gravity pull you?

Firstly, INFPs are high-minded individualists with a strong personal compass. INFPs trust their own gut and make decisions on what they believe is right. NF stereotypes will paint the picture of INFPs as lazy, impractical types. It's true that NFs are stressed by practical prospects. Putting an idea to practice can be tough for you. Just as it's tough for an ISTJ to open up to a new possibility. But tough does not mean impossible. If you care about something enough, you'll make it happen. Most INFPs are to modest to think of themselves as artists, thinking an artist is someone like Leonardo Da Vinci and that what they do only counts as simple self-expression.

INFJs are often described as oracles that magically know the answer to everything using a sixth sense. They are described as high minded, jesus-like empaths who absorb other's emotions. They are often said to be victims of narcissists and psychopaths who prey on their kindness. I see INFJs as rational-minded, analytical idealists that take a philosophical approach to life. We often hide behind our intellect and in a comfortable world of theories and abstraction. INFJs sometimes fail to participate fully in life because we become preoccupied with our own thoughts. We use logic and principle to help other people.

Check this video about the INFJ Special Snowflake stereotype

Firstly, ENFJs are often described as manipulative people-pleasers that will say or do anything to connect with you. Secondly, they are beyond just simple promoters or friends. ENFJs are convinced and passionate people with strong values. The ENFJs work hard to argue for what they believe in and try to build bridges between people. Finally, ENFjs are fighters and not afraid of conflict if it means a chance to speak out for what is right.

What is your favourite NF stereotype?

How To Know If You Are INFJ In Five Steps

4 Signs You Are Not An INFJ Anymore

ENFP Survey + 5 Tips For All ENFPs To Reach Flow