How To Predict How Someone Will Act Using The Enneagram

Do you want to be able to predict human behaviour? Motivation plays such a central role in human decision making, both conscious and unconscious. Because of this, humans think about, recite, repeat, and go over their motivations on a daily basis. It’s actually not that hard to guess a persons motivations if you listen to how they rationalise their behaviour. With basic knowledge about psychology, the MBTI, and the Enneagram, you can already make some qualified deductions to how friends, family, and coworkers will react in different situations. 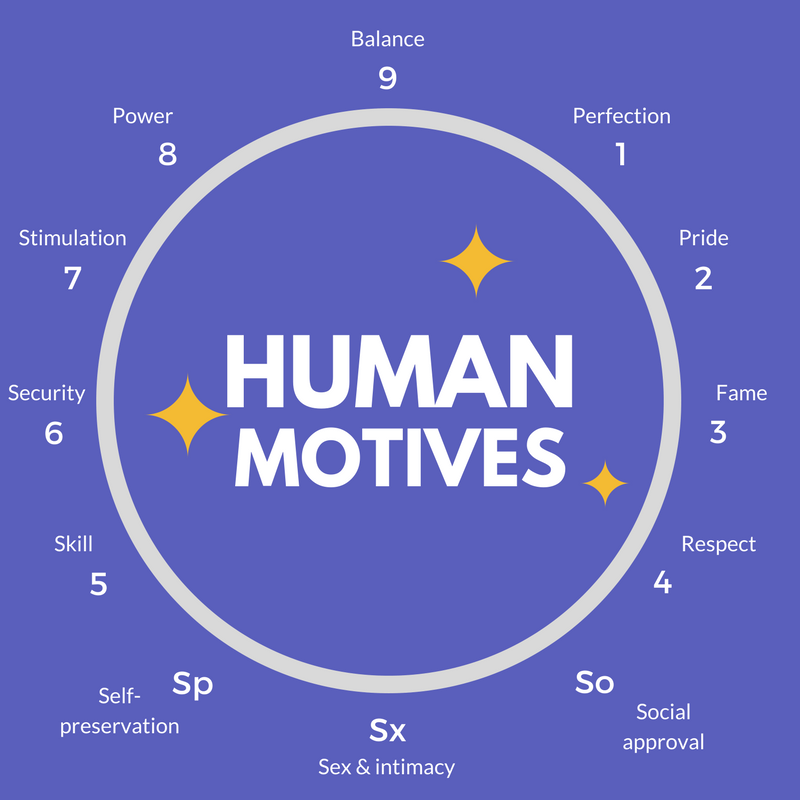 The Enneagram is the map of people’s most unpredictable and irrational behaviour. This is because no enneagram works for anything that has any inherent value. Power is not inherently important: what you do with it and how you wield it is. Fame is not important, what you are famous for and why you become famous is. Skill is not important in itself, but what you are good at is. Still, a lot of people will act on these secondary motivations without realising the folly of empty acts for power. Most of us act out of these secondary motivations when we should be acting towards our core values instead, for example for freedom, authenticity, or towards a personal ambition.

The Folly Of Secondary Motivations

A classic example is the sexual instinct. The sexual instinct can drive us to be intimate with people that we do not like and are not compatible with. This is simply because of a desire for intimacy itself. This is why often, the best way to understand your enneagram type is to break out of the chain of bad behaviours it can drive for you. The goal instead should be to pursue your core values and what you need to be happy and satisfied.

A good way to understand how 8s, 9s, and 1s will act is by using the metaphore of a weighing scale. This weighing scale represents what we find to be just and desirable.

Enneagram 9 types will often make a decision so that it is balanced and equal for everyone, even if someone needs more than someone else. And even if somebody doesn’t want to be a part of the draw to begin with. They will be frustrated or upset if people reject this balance or “fair” distribution.

Someone who values power does not care so much about distribution as long as they can be the one to decide who gets what. They will reject any balance if they have been unable to have a say in the weighing process. Regardless if it’s a good decision or not.

A two will act in a way that will make them liked and appreciated by the group. They want to have the favour of the group and for the group to appreciate them for what they do. To know what a 2 will do, know what people will appreciate and like. For example, what does the 2s parents want of them?

Enneagram 4s want to resist control and manipulation and want to be true to themselves. They want respect for who they are and will not handle disrespect or people who try to assert control over them. If they suspect manipulation or control, they will be more inclined to disagree with you.

People who felt deprived of touch or intimacy when young may act primarily in a way that will get them sex and intimacy with other people. Changing themselves to attract a partner or closeness.

A person who experienced violence or chaos when growing up may come to act more out of self-preservation. They’ll want to make sure that their needs are met and that they can stay safe and will act out if they feel unsafe.

A five will act in a way that can give them skill and mastery. They want knowledge about how to do things and how to fix problems so that they will never feel weak or worthless. They will avoid situations that they don’t know and topics they don’t know anything about, out of a desire to avoid weakness.

A 6 will act in a way that gives them stability. They want to avoid change, and will want to remain in an environment where they feel safe and secure and where they know things. They may say no to change or to new ideas and may be suspicious of strangers and elements that can threaten stability.

7s will act in a way that gives them stimulation, fun, and some kind of new experience. So that they can learn something new, so that they can keep themselves busy, and so that they don’t have to experience stagnation. If they are bored, they may start up conflicts, new projects, or do something just because they want to avoid boredom.